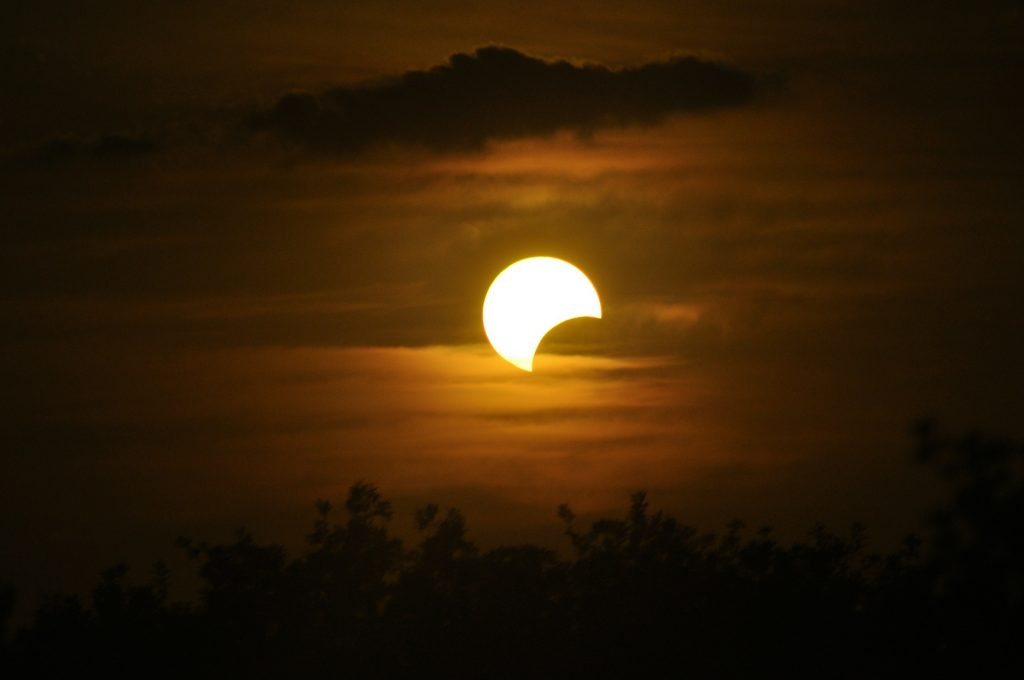 The Great American Eclipse of 2017

On Monday, August 21st The Great American Eclipse will cut a path across the America from Oregon’s coast to South Carolina’s over a period of exactly 90 minutes. Hoards of enthusiastic viewers will congregate within the 70 mile-wide path of the Moon’s shadow for the once-in-a-lifetime experience. This will be the first total eclipse to span the continental United States from Coast to Coast since June 1918.

Across America, viewing events will be held in cities that fall under the path of totality. Totality occurs when the Moon blocks the face of the Sun entirely.

The August 21st total eclipse will be the first visible from East Tennessee in over 500 years. Knoxville is just North of the path of totality and Chattanooga lies just South. Knoxville area skywatchers should plan on traveling South/Southwest to areas like Loudon and Monroe counties to experience totality.

Sweetwater, located just 45 miles South of Knoxville, will have one of the longest periods of totality in the country at 2 minutes 37 seconds beginning at 2:32 PM local time. To celebrate this rare celestial event, Sweetwater is holding a viewing festival from 10 AM to 5 PM on the day of the eclipse with entertainment, treats, and activities for all. Find further information about Sweetwater’s Eclipse Festival and everything else eclipse-related at Eclipse2017.org.

Nashville will be the largest city to experience totality. At 1:27 PM CDT, for approximately 2 minutes, Music City will be cast into midday twilight with the Sun’s glowing white corona shimmering like a halo around the dark face of the Moon. Nashville will host several eclipse-viewing events including an animal observation at the Nashville Zoo during which observers record the reactions of animals to the unusual occurrence and celebrations at many area parks. You’ll find more information regarding Nashville area viewing at the Visit Music City website.

Charleston, South Carolina will have a totality period of 1 minute and 33 seconds beginning at 2:46 EDT. Weather permitting, the city’s beaches will offer spectacular views of the eclipse over the Atlantic Ocean. A wide variety of fun and educational events will be held throughout the city prior to and during the eclipse. For more info on viewing in the Charleston area, visit Go Dark Charleston – Charleston, SC.

It’s important to protect your eyes from sun damage when viewing an eclipse. Solar viewing glasses or an eclipse projector should be used except during totality. 2 Million solar viewing glasses have been made available for free at public libraries across the country by the Space Science Institute and their supporters. To learn more about viewing the eclipse safely, check out Space.com’s handy guide and join us in celebrating The Great American Eclipse on August 21st!